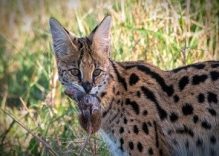 Kenia Safari: What a safari in Kenya means to traveler Enjoy a safari holiday in Kenia, the origin of safari travel. The best of the best Kenya safari and tours includes viewing the incredible natural beauty, the big five and cultural encounters. A Kenya…